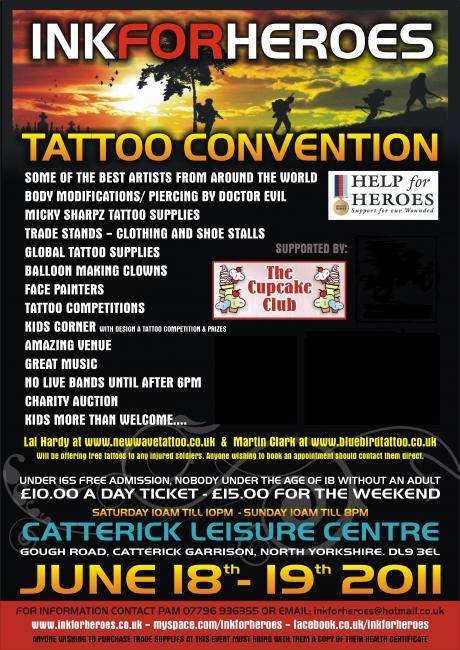 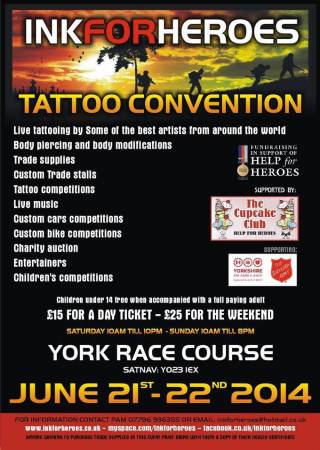 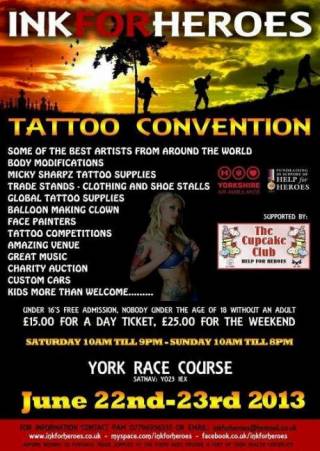 The "Ink For Heroes" Is A Huge Charity Event Intended To Raise Money And Public Awareness For "Our Soldiers" that get injured during service.

Hundreds Of People Are Giving Their Time And Professional Services FREE.

Help For Heroes - "It’s about the 'blokes', our men and women of the Armed Forces. It’s about Derek, a rugby player who has lost both his legs, it’s about Carl whose jaw is wired up so he has been drinking through a straw. It’s about Richard who was handed a mobile phone as he lay on the stretcher so he could say goodbye to his wife. It’s about Ben, it’s about Steven and Andy and Mark, it’s about them all. They are just blokes but they are our blokes; they are our heroes. We want to help our heroes."