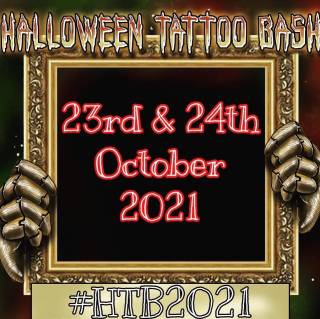 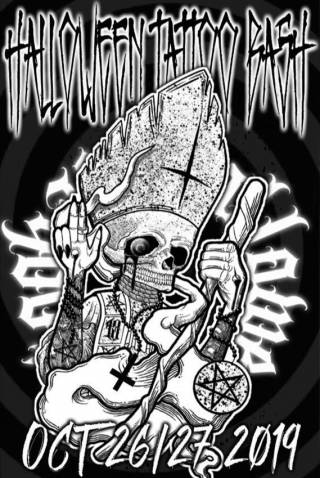 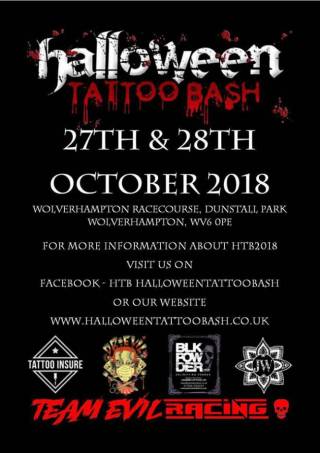 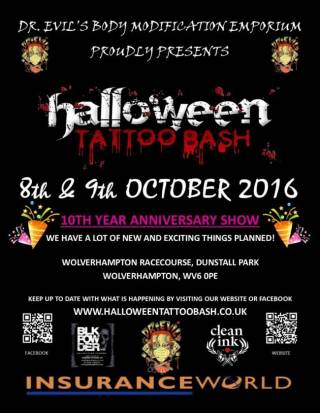 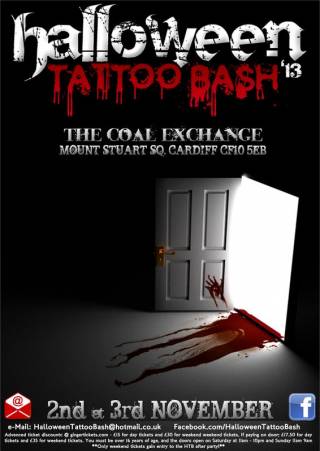 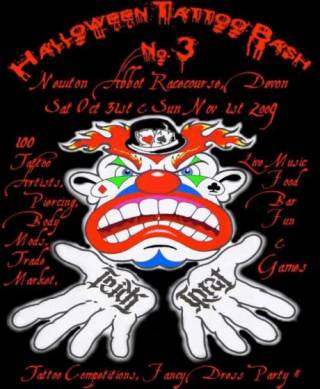 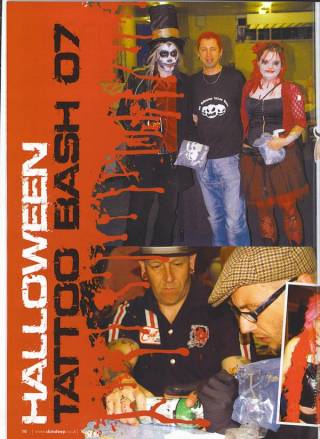 HALLOWEEN TATTOO BASH is brought to you by Mac ‘dr. Evil’ Mccarthy, Jo Webster, and the HTB Team.

The Halloween Tattoo Bash held its first show in 2007 in Newton Abbott, Devon. It began as a small convention with a selection of artists and has grown to be bigger each year. And is regarded as one of the most popular with artists and the public alike. Raising money for local charities is a huge part of The Halloween Tattoo Bash. Each year we hold a charity auction in which traders & artists who work the show very kindly donate items to be sold which vary from artwork, clothing, tattoo sessions, collectibles, and much more. We have proudly raised over £30,000 in the last 5 years!

This year’s charity is Hallow Birmingham. Over the years we have been lucky enough to host at some fantastic venues, including the millennium stadium, Cardiff, and we have now found a great home in the midlands at Wolverhampton Racecourse.

120+ tattoo artists from around the world,

Charity auction to raise money for our chosen charity,

And so much more …

This year’s artwork by Jason Jones of X-Angelus