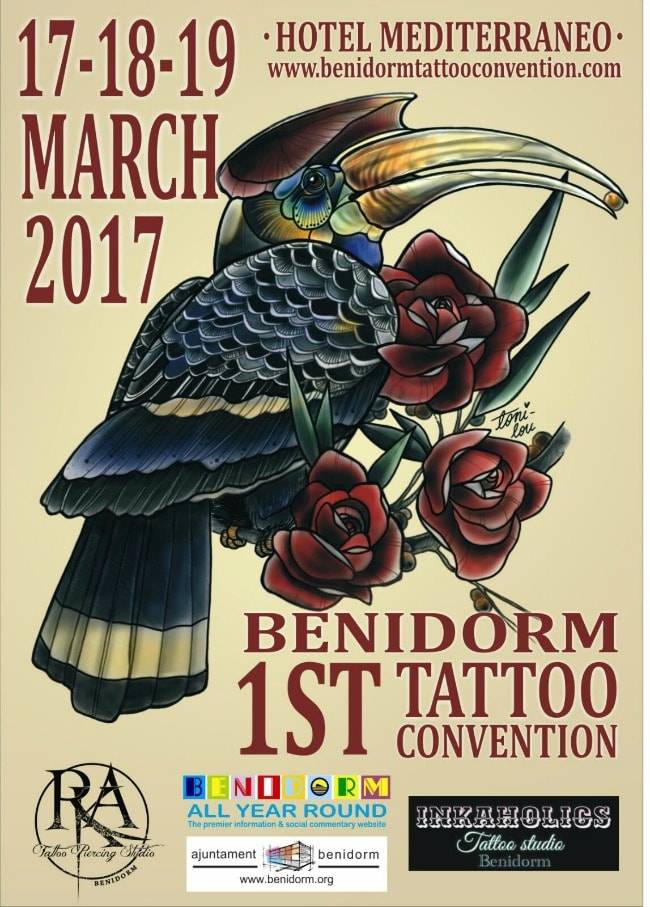 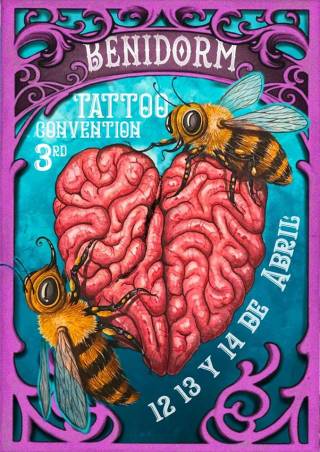 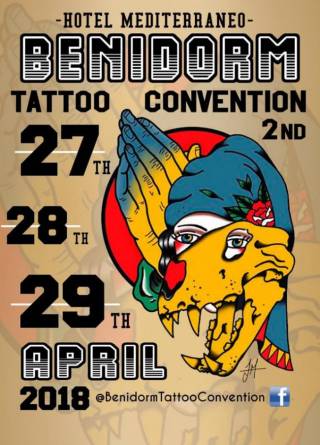 The first ever Tattoo Convention on the Costa Blanca is being held in Benidorm over the St Patrick’s Day weekend, from 17 – 19 March 2017.

Tattoos are everywhere – once the reserve of bikers, sailors and criminals, body art or inking is now widely accepted and lost its stigma in society. Today many top stars and celebrities such as David Beckham and Angelina Jolie flaunt their body art and apparently, 1 in 5 adults has one.

There are many tattoo & piercing studios in Benidorm yet bizarrely there has never been a convention there – up until now. The resort is a favourite with Brits, attracting millions of holidaymakers every year and in March the town turns into a sea of green to celebrate St Patrick’s Day… so an ideal opportunity to launch what is planned to become an annual event for tattoo enthusiasts.

Many that come here add to their tattoo collection as a memento of their stay - some know what they want and bring pictures or designs but others will look through images or opt for a loved ones name.

RKA Tattoos and Benidorm All Year Round have joined forces to organize the first ever Tattoo Convention in this part of the Costa Blanca, which will be held at the Hotel Mediterraneo, located opposite the iconic Benidorm Palace.

The event has the full support of Benidorm Town Hall and the Tourism Board, who will be promoting it at all the travel fairs across Europe, thereby attracting even more visitors.

There will be over 40 stalls, with tattoo and piercing artists from both here in Spain and many also traveling over from the UK to take part. Throughout the three days there will be shows and demonstrations, contests, live tattooing and piercing, music and guest appearances by some well-known faces and so much more… don’t forget your camera and in the evening the stage will come to life with live rock bands to chill out to. If you’re after a new ink then this is the place to be!