An Interview With Self Made Tattoo Artist Michelle Santana 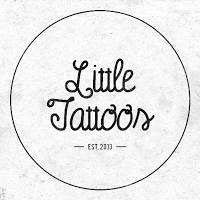 There are literally thousands of tattoo artists who are dedicated to small tattoos almost exclusively. But not many get the attention of people internationally.

After seeing some of Michelle Santana's trademark single-needle, fine-line tattoos, the most daring will think that any artist could do them. And therein lies the secret: to make the difficult seem easy. You must have great ability to do something that is artistic and legible, and the size of an emoji.

It seems that Michelle's tattoos have always belonged to her wearers. The size, the thickness of the lines, the body part they are on and the chosen motifs seem to conspire to give her clients tattoos for which they seem to have been born. And that's precisely why we wanted to talk to her.

To begin with, we would like to know a bit more about yourself, about your beginnings.

I got my first tattoo when I was 16 and I was really interested in the tattoo world. I was intimidated by the industry and I never asked for an apprenticeship anywhere. When I lived in Colombia around 18 years old, a tattooer friend of mine worked in a shop and they sold tattoo kits, so I bought one, went home and in my bedroom I had my first customer. He was a good friend of mine and he got a C on his hand, and a star behind his ear haha. The second person was my cousin who got some stars. Before I knew it word got around and the entire neighborhood wanted tattoos. People were saying “Michelle is good, she can do it!". Free tattoos, everybody wants one, you know?

Which tattoo artists are you influenced by?

Before I started tattooing I was very influenced by hip hop/rap and graffiti. I would sit in my classes and draw, then when school was out we’d grab our cans, go around the city and tag any spot we could find. The tattooers I looked up to were the ones tattooing rappers - 50 Cent and Eminem both have a lot of tattoos from Mr. Cartoon and I was like “who is this guy??”. So I looked up his work and his style is Mexican influenced. I’m not Mexican, but I can really relate to the style because I’m an immigrant. The Chicano culture is heavily influenced by that - people who are born in the US but their roots and heritage is from another country. I’ve always been “The Colombian” even though I wasn’t born there. My blood runs Colombian and my roots are there, so that was my thing. Hip hop, street art is my vibe and what influences me and shaped my tattooing style. That’s how I expressed myself.

Any turning points in your life/career?

Traveling was the turning point in my career and life. I was working in a private studio out my house, but I didn’t like that so much because I didn’t want people in and out my house and near my family. Other tattoo artists were competitive and I was doing good, but it shook my confidence a little having these people around. I’m a woman, I didn’t have an apprenticeship, I didn’t ask for anyone’s help and I was becoming really good at tattooing. That changed my views on tattooing in Colombia, so I left the country and tried my luck in Amsterdam and Spain. I saved money and I went back to Colombia to open up my own shop for the people that followed my social media and liked my work. That way they could come to my shop and get tattooed by me instead of my house, you know? It was a real shop which is really great.

After a while, people knew me for my style in black and grey and Chicano style, but I still wasn’t growing the way I wanted. I decided to leave again and I left my husband in charge of the shop in Cali. I moved to NYC and that’s when things really shifted.

How is like being a female tattooer in Colombia? And which are the most evident differences between Cali and NY when it comes to tattoos?

Being a female tattooer, I was one of the few in my city. The artists I was with were the ones trying to be in the spotlight and doing everything they could to grow and build themselves. There was one other female tattooer that I knew of but she lived on the opposite side of Cali so I didn’t really know of or see her.

Going to tattoo conventions you would see mostly guys there renting booths, but I think it was me and one other female tattooer that were there. Now, I think there are more women there than 6 years ago when I started. It's all about the culture, people are still scared to get tattoos because it's considered taboo with jobs and some lifestyles. In New York people are free and really easy with it, and they are crazy. It's the city of opportunity.

“New York is the city of opportunity”

I was working at a shop around the corner and I knew the piercer at West 4. I’d come by sometimes to talk to him about our day and smoke. One day I wasn’t doing anything so I went by West 4 to talk to Rob (piercer). That day one of the managers was there so I introduced myself, we chatted a bit and he asked to see my portfolio. I showed him some of my work and he was really excited about it, telling me they’re looking for another artist and asked me to work there. I remember the shop being so pretty and I was thinking, “damn, I’ve never really seen anything like this before”. I wasn’t sure if I wanted to change shops, but they offered me 6 days a week and that was what sealed the deal haha. I’m here to work and grow as an artist and West 4 was offering that.

How was your transition to little tattoos?

Transitioning from larger designs to fine line wasn’t too much of a difference. Sometimes the smaller designs are unusual to what I used to do, but it's kind of the same thing. Chicano lettering has that really fine detail in it and I was already using the smallest needles for that so it came natural to me. As long as you have a steady hand and can pull a clean, straight line you can do it. That's easier said than done though!

Do you miss doing larger tattoos?

I do miss doing larger pieces; it fulfills me as an artist and shows that I have skills to do pretty much anything. It makes me proud. I guess I miss that feeling, but it doesn’t mean I don’t enjoy the small tattoos! They are just as challenging. I’ve learned so much about the fine line world of tattooing and I have a lot of respect for the artists doing it. For example, JonBoy. He’s a huge artist in this part of the industry and he’s helped me with some things. It’s opened up my mind in how much you can fit into such a small space and pushes the limits of what is possible. A lot of artists will turn down clients that want that fine line or minor design but I’m always excited to try something new that will push me to do more. It's a hard job being a micro/fine line tattoo artist.

I like working with clients that know what they want - they’ve done research, they know what my portfolio looks like. Sometimes I’ll make small suggestions on design placement so that it flows better with the body, or maybe adding color so we make the piece the best it can be. If a client asks for my opinion I’m always happy to share. Of course there are some clients that know exactly what they want, which position and size they want it and aren’t open to suggestions at all. And with those clients I step back and tell myself it's my job to make them happy and as long as I give them the perfect tattoo, I’ve done what they asked of me. At the end of the day I feel blessed to even have clients asking for me and waiting a month for an appointment with me.

How many tattoos do you give per day?

Usually I can do about 5-10 tattoos a day. It depends on the design and size, how much time I need for them, so it varies. Sometimes I do get some designs with more detail so it takes a bit longer. But since most tattoos are small, I’m able to get in a lot of appointments and even take a walk in from time to time!

The tattoo industry is male dominated but looks like things are changing.

The industry is still male dominated - where I work now I’m the longest female to be working there and it's only been a year and a half. There’s been one other female but she left last year. The rest of the shop is all male artists, the piercer being male as well. We just got a new female tattooer and she’s great, I hope she sticks around. On the street and in other shops you don’t see too many female artists, but Instagram has really opened up a new platform for all tattoo artists, especially women, to market their art and make a name for themselves. It puts the pressure on and makes me want to work even harder.

How do you see the industry in 10 years time?

I think in 10 years there will be an equal amount of male and female artists - I already see so many women that are so talented and work in so many different styles than I do, and I feel the pressure cause the female side of the industry is growing fast.

Do you miss Colombia? Any future plans there?

Of course I miss Colombia, I’m Colombian! It's my roots, my home, it's in my blood. I have plans to go back for sure, but right now the hustle and grind is in NYC.

Anything you would like to add that might be interesting for our readers? Any advice to anyone who would like to get a tattoo from you?

I’m a perfectionist and I love to make sure every client is happy. Everyone expects their tattoo to be posted on my Instagram, if I do a bad job that’s going to circulate all around the world and I don’t want that! No matter how silly, crazy or impossible the design may be, I have to make it perfect because I am proud of every piece. My clients have helped make me who I am and helped me succeed - I’m always grateful. Just know what you want to get done and be prepared!

Little Tattoos would like to thank Michelle and her manager Naomi for making this interview possible. If you would like to get in touch with her or check out her work, find all the contact information in her profile.